Kids These Days!: Why an Understanding of Different Realities Affects More Than Just Millennials

Ugh, millennials. What with their “Playboxes” and “X-Stations.” They’re always on the “Snapbook” or “InstaFace” these days, and now they’re chasing “Pokeman” through my yard and trampling my azalea bushes! Now they’ve got these boxes on their face and keep raving about this “virtual reality” nonsense where they’re fighting dragons and saving princesses. Well let me tell you something sonny; back in my day, we were fighting Charlie over in Europe, and the only saving we did was our own rear ends from explosions! What kind of world do we live in where you need a “virtual” reality? 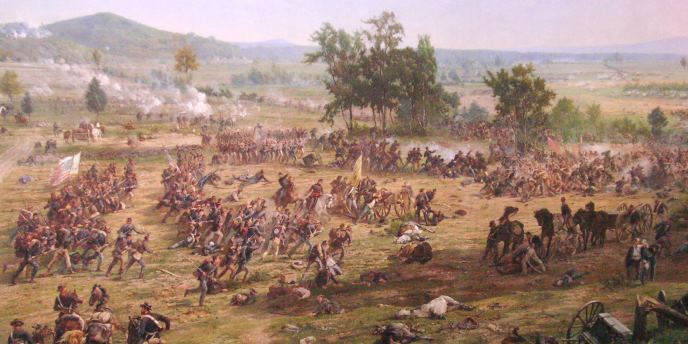 Not so fast grandpa! Virtual Reality, or VR for short, is actually used for more than just gaming, and its roots go further back in history than many people realize. Large, circular oil paintings served as one of the first instances in creating an immersive, 360-degree experience for the viewer (if you’ve got the time, I highly recommend checking out the Cyclorama at Gettysburg as an example).

The next development of note was the stereoscope, which allowed viewers to view two stereoscopic images side by side to create a feeling of depth or three dimensions. Remember these? The research put into developing the stereoscope, and understanding how the brain processes stereoscopic images, was instrumental in creating modern day VR handsets like Google Cardboard and the View-Master (although the latter has evolved considerably since the 90s). Although VR serves as the meat of our “alternate realities” discussion, the potatoes that are Augmented Reality (AR) and Mixed Reality (MR) deserve some attention.

While many young whippersnappers today may be familiar with VR peripherals such as the Oculus Rift or have seen videos like this, the concept of AR may still be confusing, and this may even be your first time hearing about MR. Here’s a quick breakdown: AR aims at overlaying noninteractive content onto the real world (think of the yellow first down line during football games, or those damn Pokeman), and while MR plans on doing much of the same, this content would be anchored down and feature the ability to be manipulated (an example of this would be what Microsoft is hoping to accomplish with their new HoloLens). AR is actually embedded more into the world than you might think: from comical greeting cards to medical efficiency, AR has found a home in a growing number of industries. MR is a bit trickier to tackle simply due to its current public unavailability, but companies like Microsoft and Magic Leap seem to be convinced that it will become life-changing technology within the next few years, handling all of your business and entertainment needs.

“This is all well and good,” begins your entry in the comment section below, “but how is this going to affect me?”

Well my answer to that is…it very well might not. There have certainly been practical, real world applications like WordLens for years now, and if you’d like to think that Mark Zuckerberg knows a thing or two about technology, then your Facebook experience could get a lot more interesting in the next five to ten years. But the fact of the matter is that AR still has a long way before being truly practical in our lives. While we’re not far away from AR grocery lists at the store or cookbooks projecting onto your kitchen table, a widespread acceptance of these applications has yet to be seen. Make no mistake however: these different realities are here to stay, and wielding a basic understanding of each will soon become more than just recommended reading.

Stay tuned to the Tier10 Lab for upcoming articles documenting the role these realities have been playing in the auto industry and elsewhere.

Snapchat for Business: Just Say No