Why 2013 Was A Watershed Year for Online Video Advertising

by EricHuebner
in Advertising, Digital
0

According to a survey conducted by BrightRoll in the UK, the number one nation in the world in terms of the number of online videos per viewer and monthly hours of video per viewer, the online video audience grew by 8% last year while mobile video grew by 262%. 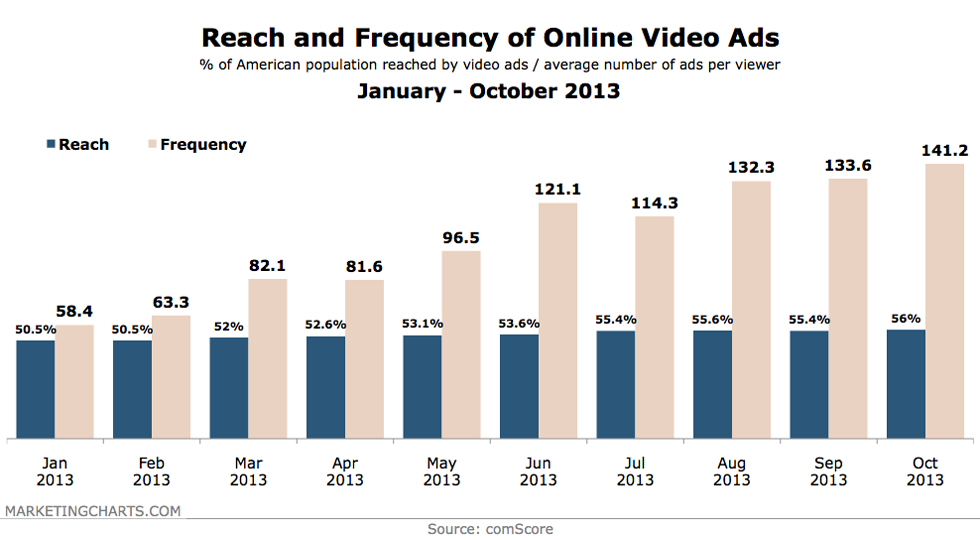 The increase in digital advertising isn’t simply due to the growth in digital video views. Statistically speaking, consumers viewing digital advertisements have a 20% better recall rate than those viewing advertisements in more traditional media such as print or television. Simply put, it appears as though digital video advertising works better than more traditional forms of marketing.

Although the remarkable growth in digital video and online video advertising over the past year is incredibly impressive, it’s worth noting that some of these numbers may be inflated. Some of the most-viewed sites of 2013 weren’t popular video sites like YouTube or Hulu, but rather sites like Blinkx.com, a UK-based video-sharing site that has gained notoriety for using bots, or programs designed to repeatedly execute a specific function, to inflate its view counts. In addition, autoplay videos, which automatically run when a user accesses a site, have inflated view counts as well. These autoplay videos, which often run on ignored sidebars and are particularly difficult to detect if the user’s volume is muted, may also be contributing to this sudden spike.

While some inflation is almost certain, it cannot be denied that 2013 was a watershed year for online video advertising. A sudden preference swing toward mobile content and a corresponding spike in digital ad budgets has allowed for this new marketing medium to emerge as the year’s most influential. Moving forward into 2014, all signs point to online video advertising being the most dynamic marketing medium of the new year.