Once upon a time, Detroit was known as the “Automotive Capital of the World.” The contributions of one Henry Ford, followed by General Motors and Chrysler – most commonly known as Detroit’s Big Three – helped make the city and the surrounding areas a hub for the automotive industry, especially from a manufacturing standpoint.

Today, however, the city that was also known for Motown and as “Rock City” is better known for a series of misfortunes, including but not limited to bankruptcy, blight, urban decay, crime, unemployment, corruption and mismanagement.

There are many theories regarding how Detroit arrived at its current state – most notably the fact that it filed the largest municipal bankruptcy in the U.S. on July 18, 2013. There have also been many films, books and periodicals to touch on the subject. The popular, but likely too simple, explanation is that Detroit rose and fell with the auto industry.

Between 1950 and today, Detroit’s population decreased by over 60 percent – from a peak of over 1.8 million residents to approximately 700,000. This includes a 25-percent dip between the 2000 census to the 2010 census alone. An exodus of over 1.1 million residents, even over a span of 60 years, is likely to leave many things behind, including homes and buildings.

A SYMBOL OF DETROIT

For the third straight year, Tier10 sent a team to cover the North American International Auto Show (NAIAS). When not consumed with covering every inch of the show at the Cobo Center, the team made it a point to explore Detroit due to its rich history with the industry. One of the sites of interest for Tier10’s Chief Creative Officer Scott Rodgers was the old Packard Automotive Plant, which he called a “symbol of America in the 1950s when we built more cars than anyone.”

It wasn’t just the Big Three leading a thriving automotive manufacturing economy that led to Detroit’s growth before 1950; Packard was one of a group of smaller auto manufacturers in the city. However, The Big Three drove the smaller manufacturers out of town and, eventually, out of business, taking many jobs with them. Packard wasn’t immune to the Big Three either and shut down operations in 1958, leaving behind its now-famous auto plant, which serves as an unintentional monument to city.

Designed by world-renowned industrial architect Albert Kahn, the Packard Automotive Plant opened in 1911 as the most state-of-the-art auto manufacturing facility in world. Building 10 of the facility was the first factory ever built with reinforced concrete. Today, the plant’s 3.5 million square feet of buildings on 40 acres of land now stand uninhabited by any business. It looks the way you would expect a facility that large that has been mostly unused for the better part of 60 years to look. Thanks to visits from numerous graffiti artists, scrappers, underground warehouse parties and other urban explorers, the crumbling site now closely resembles the setting for a post-apocalyptic world.

In 2013, Rodgers and the team’s curiosity reached a boiling point and set up for some urban exploring on the historic site – accompanied by hired security due to the site’s nefarious history with crime. For Rodgers it was a bucket list item he had not yet accomplished. Even though he had seen many pictures and videos of the site, being there in person provided a much different, unexpected experience for him.

“It felt like visiting the gravesite of a loved one, knowing how influential this once was,” Rodgers said. “It looked like something from a movie. Amazing, but in a bad sense.”

After his initial trip, Rodgers knew he wanted to go back to capture the site again with a different perspective. If the 2013 visit was for fascination and curiosity, the 2014 visit would be for in-depth exploration and a chance to capture the experience – with the help of his hobby.

Rodgers took some time to explore the Packard Plant with his DJI Phantom quadcopter fit with a GoPro camera, after covering NAIAS 2014. The aerial footage of the Packard Plant captured by the drone inspired Rodgers to produce a video with footage from other well-known sites in Detroit.

Michigan Central Station opened in 1913, just two years after the opening of the Packard Plant, as the tallest railroad station in the world. Between the 1920s and 1940s, the station served over 4,000 passengers per day on over 200 trains. However, the station was already seeing trouble in the late 1950s through 1960s, with a sale for less than one-third of its initial value and many other failed sale attempts.

Amtrak’s takeover, a renovation and a designation on the National Register of Historic places in the 1970s didn’t improve the misfortunes of the ailing station. By 1988, the station that once served Presidents Herbert Hoover, Harry S. Truman and Franklin D. Roosevelt, as well as Charlie Chaplin and Thomas Edison, was shuttered for good.

Rodgers included the station on his list of sites to capture due to the many parallels between it and the Packard Plant, from the similar opening dates to the multiple sale attempts and various plans for renovation. Also on the list were the Detroit Boat Club, the Fox Theatre, Jefferson Beach Marina and Comerica Park. Each location provided a look into various points in Detroit’s long history.

The Detroit Boat Club was established in 1839, making it the oldest rowing club in the country. Its 1902-built boathouse was the first concrete structure in the U.S. To this day, a majority of Detroit Boat Club graduates go on to compete for some of the top universities in the country, including Ivy League schools and the U.S. Naval Academy. Some members have even gone on to compete in the Olympics.

The Fox Theatre opened in 1928 and hosted the likes of Shirley Temple and Elvis Presley. By the 1960s, the building was showing signs of wearing down and was closed to the public in the 1970s. However, it reopened in 1988 and has since hosted Frank Sinatra, Liza Minella and many other live shows, including Sesame Street and David Copperfield.

Across the way from the Fox Theatre stands Comerica Park, the home of the Detroit Tigers. The stadium opened in time for the 2000 MLB season as part of a revitalization project for the area that also saw the opening of Ford Field, home of the NFL’s Detroit Lions, right next door just two years later. It could also see the future development of the proposed arena for the NHL’s Detroit Red Wings and a new entertainment district.

The Jefferson Beach Marina was a personal location for Rodgers, who frequented Detroit during the summer in the 90s and early 2000s to drive yachts. The marina, according to Rodgers, use to house the boats for many high-level auto executives. Not only was it interesting for him to see the current state of a place he used to frequent, it was also interesting to see the dichotomy of the place during the wintertime.

“In my experience, there’s no place in the world like Detroit in the summer, especially this part,” Rodgers said. “It’s a completely different vibe and atmosphere in the summer, so seeing it now in the winter with the ice is fascinating. The ability to capture it all from such a different perspective was a cool experience.”

THE FUTURE AND BEYOND

Detroit’s future from here is as big an uncertainty as it has been in the past. It would take a confluence of good fortune to bring Detroit to what it once was, and Rodgers sees it as big possibility, albeit many years down the line. His belief has even sparked an interest in potential investment.

Rodgers points to the work of Detroit-born Dan Gilbert, owner of Quicken Loans, and his efforts in rebuilding his hometown as a good sign. In 2010, Gilbert moved his company’s headquarters to downtown Detroit, bringing along 1,700 employees. His Rock Ventures group has purchased more than 30 properties in the area, encompassing 7.6 million square feet – 3.6 million of which is parking space. Approximately 11,500 people in the area are employees of businesses owned by Gilbert.

Detroit is also luring creative agencies and tech employees due to its rustic aesthetic and its low cost of living. The resurgence of the Big Three is also a good sign for area – all three manufacturers had their best year since 2007 and the U.S. government finally sold off its share of GM stocks. However, despite signs pointing upward, Rodgers said Detroit is still very fragile.

“It’s like a wounded bird,” he said. “It’s getting better slowly, but one quick gust of wind can knock it right back down again.”

Rodgers said that Detroit is “on the right track,” but a five-year outlook would be too soon to see any significant changes. He believes a better assessment can be made in 10 to 15 years, giving the city enough time for new leadership to take hold and revitalization projects time to come to fruition.

“Henry Ford’s one idea built Detroit the first time around,” Rodgers said. “It’s going to take one or two great ideas to bring it back.” 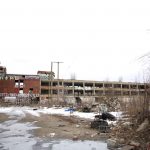 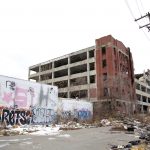 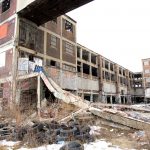 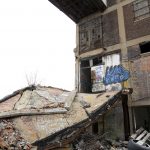 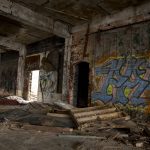 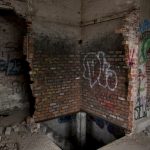 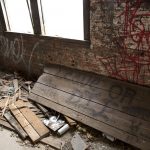 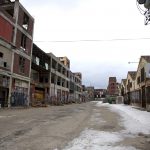 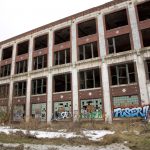 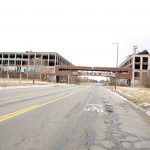 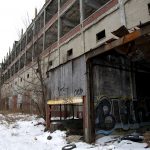 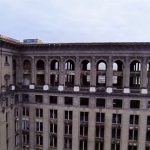