by xaviervillarmarzo
in Mobile, Technology
0

Apple and Android-based devices control over 90 percent of the smartphone market, so it’s no surprise that Nokia is taking steps to increase its minimal 3 percent market share. The Finnish phone company has plans on investing in Pelican Imaging, a California startup, to improve its already strong smartphone cameras – especially on the Lumia model.

According to Nokia, image quality is one of the top three reasons to buy or return a phone. The Lumia’s camera has received good reviews and could be one of the reasons the phone’s sales grew to 5.6 million in the first quarter of 2013, up from 4.4 million in the fourth quarter of 2012. Pelican’s focus commercial software for array cameras can be the boost that Lumia needs to reach the next level of market share.

Array cameras use multiple optics (read, many mircrolenses) and combine the data into one image. In other words, the technology allows for focus-free picture taking. You can take a picture quickly, without worrying about where the focus is, and then refocus the image within the software. While this technology isn’t new by any means – the Lytro camera has this feature – this could be the first utilization of the focusing software on mobile devices. 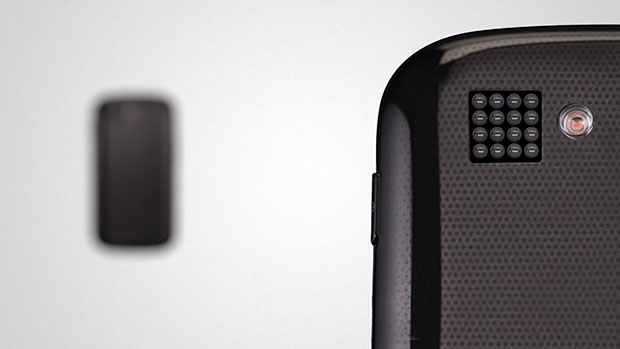 This technology will allow you to take pictures while on the move and not worry about what’s in focus. Besides the convenience of less takes, the technology can be a cool way to integrate different filters or photo effects. It also wouldn’t be out of the realm of possibility to see social apps like Instagram or Twitter incorporate the technology in one way or another.

Unfortunately, the technology hasn’t hit the smartphone market just yet due to issues with image quality. As you can imagine, it’s difficult to fully correct an unfocused image. However, the highly touted camera on the Lumia 920 is a result of Nokia taking imaging seriously. Even before its interest in Pelican, the company had invested in imaging-software maker Scalado, image-sensing technology company InVisage Technologies Inc. and micro-optics maker Heptagon to bolster its capabilities. Therefore, it’ll be interesting to see if Nokia can battle those image quality concerns.

If Nokia can get be the first to have a focus-free smartphone camera hit the market, it could definitely see an increase in market share – at least in the short term. However, it’s very hard to imagine Apple and Android standing pat for very long with their cameras if the technology is a hit.