by josepholesh
in Digital, Social
0

YouTube has a new look – a very sharp new look. The redesign efforts, called YouTube Cosmic Panda, bring the video sharing site’s aesthetic to a level that neatly matches the much talked-about Google+ and enhances functionality for its users. More specifically, the new experience lends more page designs and better editing tools to customize your channel, allows for browsing and video-watching to happen simultaneously (only in Chrome), and of course has the new look and feel.

The darkened back drops and clean design give the videos themselves much more power in the frame. (As a producer, I am very pleased about this. Though I do understand the housecleaning probably has more to do with YouTube now hosting feature films and network TV.)

The enhanced UI (user-interface) also gives YouTube added value with engagement features. Users can now start a video, then commence searching and have the video continue to play in a thumbnail-sized frame at the top of the frame. So far, this functionality is only available within the Chrome browser, but seems an obvious step forward as online video becomes more and more ubiquitous.

Custom branding options do not seem to be enhanced past the “custom background” upload option, but the overall design of the Channel looks much improved. YouTube now gives four choices for channel layout: Creator, Blogger, Network, or Everything. The playlists are displayed much more prominently, with broad, horizontal thumbnails previewing their contents. This speaks to a greater philosophical shift from Google urging its user-base to collect items in the web and organize them based on their interests — i.e., Google+’s “Circles”, Google Search’s “+1”, and so on.

The launch of Google+ completely devoid of any YouTube integration is vexing to many. YouTube is one of Google’s most prized products and to leave it out of this game-changing social platform doesn’t make much sense. Unless… the full, soon-to-come, integration of YouTube provides Google’s coup d’état, ultimately over-throwing Facebook and regaining its place as the web’s most powerful entity. The design upgrades are obvious across the entire Google space, from Maps to Documents, to now YouTube.

They are obviously working on something bigger than the individual pieces we see right now. And I, for one, will be watching very closely. 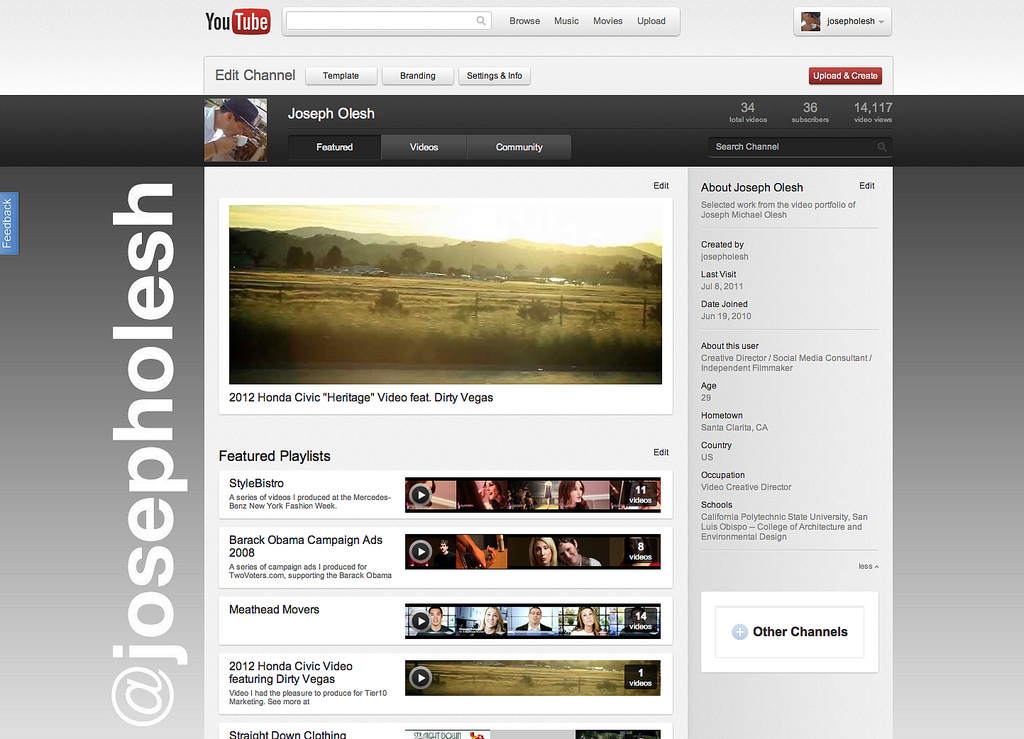 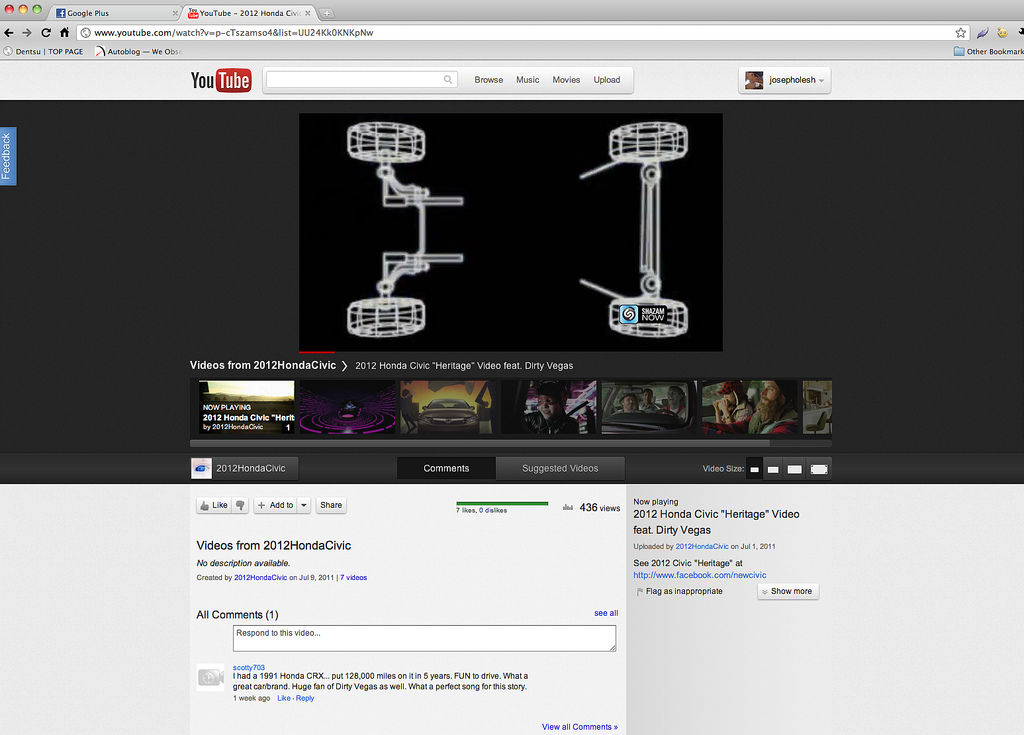