by EricHuebner
in Digital, Technology
0

When it was launched in 2007, Google Street View was seen more as a novelty than a useful feature. However, as the years have gone by, creative users have found unique functions for what was once merely a reference tool to see the façade of any given destination. People now use it as a research tool, a way to travel virtually, a street guide when actually traveling, a tool to visually plan photo shoots, a way to visit museums in far off places, and most recently as an art source.

In its early days in 2008, Street View became a boon to drivers. It allows the user to look at a panoramic image of any point on the map, as long as it’s connected to a road. Various GPS systems such as the Google Maps iPhone app came complete with Street View, allowing drivers to plan routes by referencing not just lines on a map, but actual landmarks that they can corroborate by looking out of their windows. This represents the latest refinement in ever-evolving GPS technology and is an enormous improvement over traditional GPS devices, which provide very little in regards to reference points.

Since then, users have discovered other, more inventive uses for Street View. Imagine that you are sitting at home one night, reading a novel. The hero is walking through some exotic locale, perhaps the gardens of Provence-Alpes-Côte d’Azur along the coast of southern France. You’ve never been, but you can easily take a quick look at Street View and know exactly what they’re seeing. That’s the true beauty of Street View. It has the potential to be used as a magnificent research device.

Street View opens parts of the world that the average user may never get to experience firsthand. For those who are fortunate enough to have these experiences, Street View also has applications as a planning device. Imagine the ease of travel planning when you have a series of visual landmarks to base your plans off of. Travelers can take a cursory look at various destinations and compare them with ease, even going so far as to plan their trips around what they see. Tier10 used Street View as a tool to scout photo shoot locations in New York City before traveling the 230 miles from Washington D.C.

In early 2011, Google announced the launch of the Art Project, which is an online art experience powered by Google where users can view high-res images of thousands of art pieces and take virtual tours of museums around 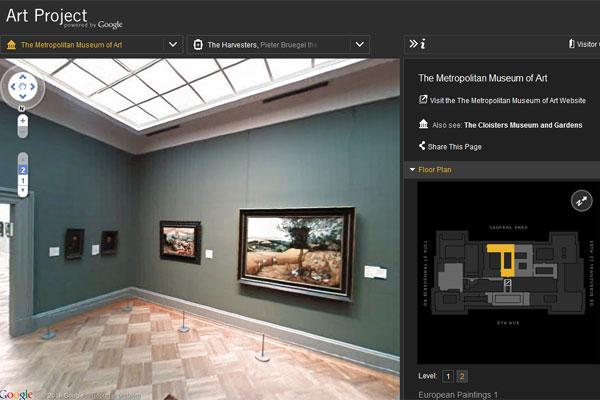 the world. For the latter, Google’s Street View technology was used in each of the featured museums, which now total 46.

Few could have predicted such innovative applications for what was initially designed as a simple panoramic extension of a mapping technology; nevertheless, the multiple uses of Google Street View have proven the initial skeptics wrong. And in the future, Street View has the potential to be a highly used tool, as indispensable to the modern consumer as other products like Google Search and Google Maps.