by EricHuebner
in Advertising, Social
0

Over the past several months, Facebook has been slowly rolling out modifications to the way it presents ad content to users, from experimenting with the idea of viewing an ad to access content to dropping their “sponsored stories” format in favor of a more streamlined ad exchange. It has become very clear that Facebook is placing an increased emphasis on ad revenue. On Tuesday, the social network standardized the sizes of all images across its assorted ad units.

In the past, an advertisement would require multiple images, each tailored to the individual platform that it would appear on, from the right column of the home page to the desktop News Feed and the mobile equivalent.

This new development circumvents the traditional process of having to hunt down and crop multiple images in order to meet specific size constraints so that an advertisement wouldn’t lose its visual appeal when accessed via something other than the desktop News Feed.

Advertisers will also have more space with which to innovate, as Facebook has increased the images for Page post link ads by a whopping 3.5 times. In addition, clicking either this supersized image or its corresponding text box will bring the user directly to the link target. For all ads, 1200×627 pixels is the optimal size for images being uploaded.

This latest change to Facebook’s advertising format has a particular impact on images in the News Feed, given the potential visual dominance that their size increase will afford. This is good news for advertisers, as statistically, advertising in the News Feed results in higher overall interactions and better results than other parts of Facebook. The standardization of image sizing will also make advertising on Facebook’s mobile app a much simpler process. This is especially relevant given that recent trends indicate that many users prefer mobile media consumption.

While this update doesn’t represent a massive adjustment in Facebook’s approach to advertising, it will inevitably make the advertising process far more user-friendly and inviting to new developers while simultaneously increasing its overall efficacy.

Don’t forget:
Ads that have more than 20% of text in their image won’t be approved by Facebook. To make sure your image complies, use this helpful tool: https://www.facebook.com/ads/tools/text_overlay. 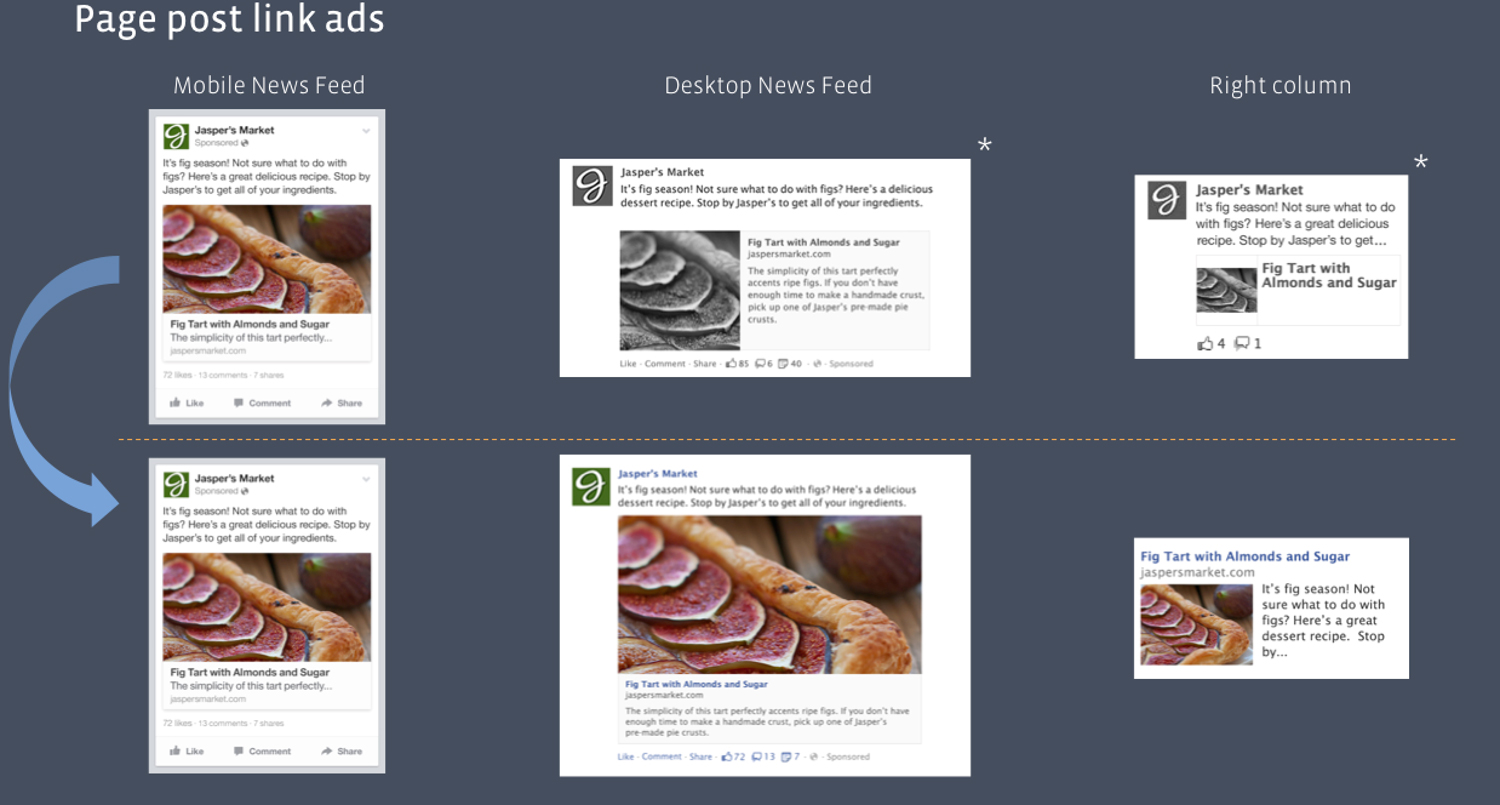