by xaviervillarmarzo
in Automotive, Branding
0

In the two-plus years since Instagram launched, the photo-sharing app has been purchased by Facebook and currently has over 100 million active users. That astounding number of users makes it easy to see why companies and businesses, regardless of size, are jumping into the photo-sharing frenzy. While there is currently no direct avenue for businesses to profit using Instagram, a strong social presence in the medium can definitely increase brand awareness, which has proven to show increases in the cash register.

During the 2013 North American International Auto Show, there were some notable Instagram accounts using the still-young medium effectively in Detroit. Effective use of Instagram for the purpose of this post is defined by originality and quality of the account’s Auto Show photos, high levels of engagement on said photos (read: Likes), and a growth in their number of followers.

With those criteria in mind, the three Instagram accounts below stuck out above the others roaming the Cobo Center in their respective categories – a dealership association, a dealership that is part of one of the largest dealership groups in the country, and general auto show coverage.

The official Instagram page of the New York Acura Dealers Association, which consists of 11 dealerships in the greater New York area, provided their followers with 25 pictures from Detroit with a focus on the unveiling of the 2014 Acura MDX Prototype and the latest evolution of the Acura NSX Concept. 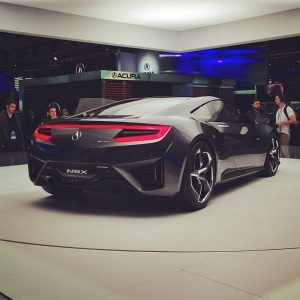 With over 7,800 Likes on the official Facebook page, the already social media savvy association increased its follower count from 85 before the show to 377. That spike in their number of followers also brought a high engagement rate, with an average of nearly 30 likes for their pictures from 2013 NAIAS. The picture with the most Likes, 56, was an impressive three-quarter view of the NSX taken from the rear passenger side.

The dramatic increase in followers is also indicative of the popularity of the platform in just one year’s time, as the New York Acura Dealers was one of the first organizations of its kind to use Instagram at last year’s Auto Shows in Detroit and New York.

The official Instagram of this South Florida-based dealership saw an increase from about 100 followers before the Auto Show to 522. Even more impressive is that this AutoNation Company just started its Instagram account on Jan. 3, 2013. 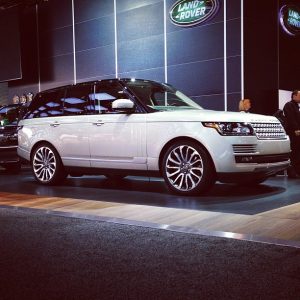 and Rover Fort Lauderdale posted 18 pictures with an impressive average of 63 likes. Its most-liked picture – a low-angle, three-quarter shot of the 2013 Range Rover from the front passenger side – received 93 likes.

Aside from its Instagram account, Land Rover Fort Lauderdale is quickly and effectively establishing itself in the social media world. Its official Facebook page, with 768 likes, is barely a year and a half old and has more likes than most car dealerships.

Land Rover is a niche brand with a loyal fan base that is growing increasingly technologically savvy, and Land Rover Fort Lauderdale is taking advantage of this, attracting Instagram followers who love the brand and want to see the new lineup but can’t make it to Detroit.

This account provided sweeping coverage of the various sights at the Cobo Center. Like with the New York Acura Dealer’s account, the Detroit Auto Show Instagram was also active for NAIAS 2012 and is also a testament to Instagram’s increase in usage and popularity. 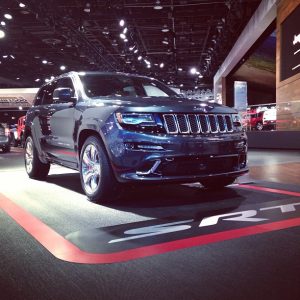 After the Auto Show last year, the account amassed about 280 followers, which is a very respectable amount. However, during the account’s Detroit coverage this year, that number grew to a whopping 1,026.

It is important to note that this account did have the flexibility to cover any and every brand present at the Cobo Center. It wasn’t brand centric like the two aforementioned accounts. Even still, its engagement levels were also very impressive. Its 28 photos from Detroit averaged over 57 likes apiece. The account’s most popular photo was of the 2014 Jeep Grand Cherokee SRT, which packs a 470-horsepower Hemi V-8.

As the fastest-growing social media platform, Instagram is also rapidly becoming a handy tool for companies and businesses to increase brand awareness. All for free. For now, of course. It will be interesting to see what presence Instagram will have at the upcoming 2013 New York International Auto Show, not to mention how it will be one year from now back in Detroit.

[Note: All Instagram statistics listed in this piece are accurate as of Jan. 24, 2013.]