by josepholesh
in Branding, Social
0

The technology that enables social media platforms to run is at the cutting edge of website design and development. The power of social media, though, is in the humanity of its users and the creativity of those users to connect and interact.

Not more than ten years ago, it was very expensive to distribute photo and video content. Newspaper and magazine ad space was dwarfed in cost only by television airtime. The other glaring problem with these types of media was a lack of interaction between the brand and the consumer. Messaging was more a monologue than a dialogue.

The advent of MySpace and Friendster eventually led to the more refined Facebook and Twitter. 2012 brought Google+, Instagram and a number of other networks that are built around the premise of sharing information and digitally interacting with others. Amidst the droves of businesses racing to this new frontier of marketing, something was lost — the initial premise that acted as catalyst to the idea of social media in the first place: Human Engagement.

Social Media, at its best, is about telling stories, connecting with others and ultimately empowering its users. The two best variables for gauging a successful social media platform are the original creative content it produces/shares and the level of engagement that content creates.

A few vignettes to consider:

Tactics to take away:

The following graphic by BrianSolis and Jess3 show how Social Media “points a brand in a physical direction to genuinely and effectively connect with customers, peers, and influencers…” We highly recommend the work of Brian Solis and Jess3 for further discussion on social media, digital marketing, and the like. 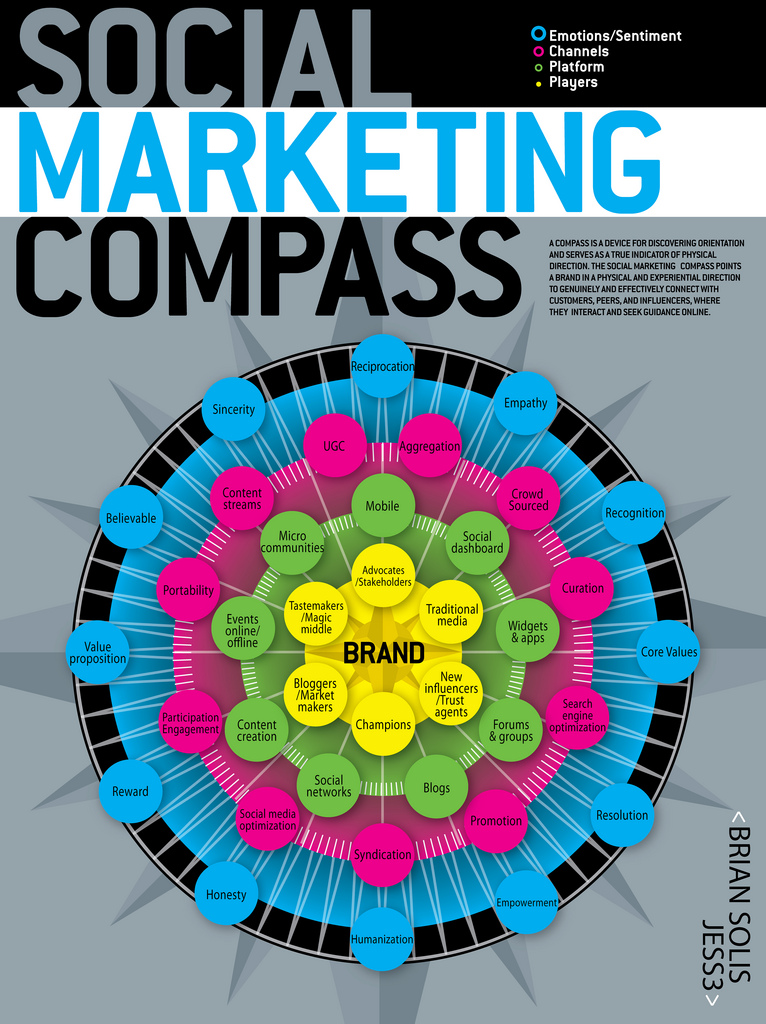