by EricHuebner
in #TBT, Advertising, Automotive
0

When searching through the annals of automotive advertisements, you’d be hard pressed to find one more ubiquitous and defining than BMW’s “Ultimate Driving Machine” campaign.

The campaign was initially launched in the mid-1970s as part of an effort to not only strengthen the German marque’s flagging European brand image, but to help BMW establish a foothold in the then-elusive American car market.

In order to achieve these lofty goals, CEO Eberhard von Kuenheim and Marketing Executive Bob Lutz enlisted the services of underdog ad firm Ammirati & Puris, spurning the Madison Avenue powerhouses that held sway over the automotive market for generations. This decision was based on Lutz’s hunch that, despite the upstart firm’s small size, the ingenuity that it had shown in a series of wildly inventive Fiat campaigns would shine through.

In redefining the brand, the agency sought to emphasize BMW’s traditional sharp and sporty qualities rather than trying to force the brand’s image to gel with the luxurious models afforded by its European competitors like Mercedes-Benz. It was with this stark difference in mind that the idea of the “Ultimate Driving Machine” was born.

Not only was the campaign brilliant and cutting edge, but it was also launched at precisely the right time. In the 1970s, the first waves of Baby Boomers were leaving college, reeling in paychecks and launching lifestyles that rejected the frugality of their parents and embraced consumer spending. With a tagline like “The Ultimate Driving Machine,” BMW rapidly became the brand of choice for young professionals.

The campaign ran continuously until 2006, when market research began to suggest that this tagline had ceased driving sales. With this in mind, BMW immediately scrapped it and implemented a short-lived campaign based on “Joy.” This campaign emphasized safety, fuel efficiency, the then-revolutionary iDrive system, and the emotional impact of the brand. This turned out to be a complete and unequivocal failure and BMW relaunched the “Ultimate Driving Machine” campaign in early 2012.

Having now run for almost 40 years, the “Ultimate Driving Machine” campaign has proven to be one of the longest lasting and most effective car campaigns ever. Beyond this, it has managed to define the BMW brand like nothing else. This campaign’s remarkable ability to not just freshen a brand’s image, but to completely define it to multiple generations demonstrates its incredible significance.

“Throwback Thursday” (#TBT) is Tier10lab’s look back at some of our favorite automotive advertising campaigns. #TBT runs the last Thursday of each month. 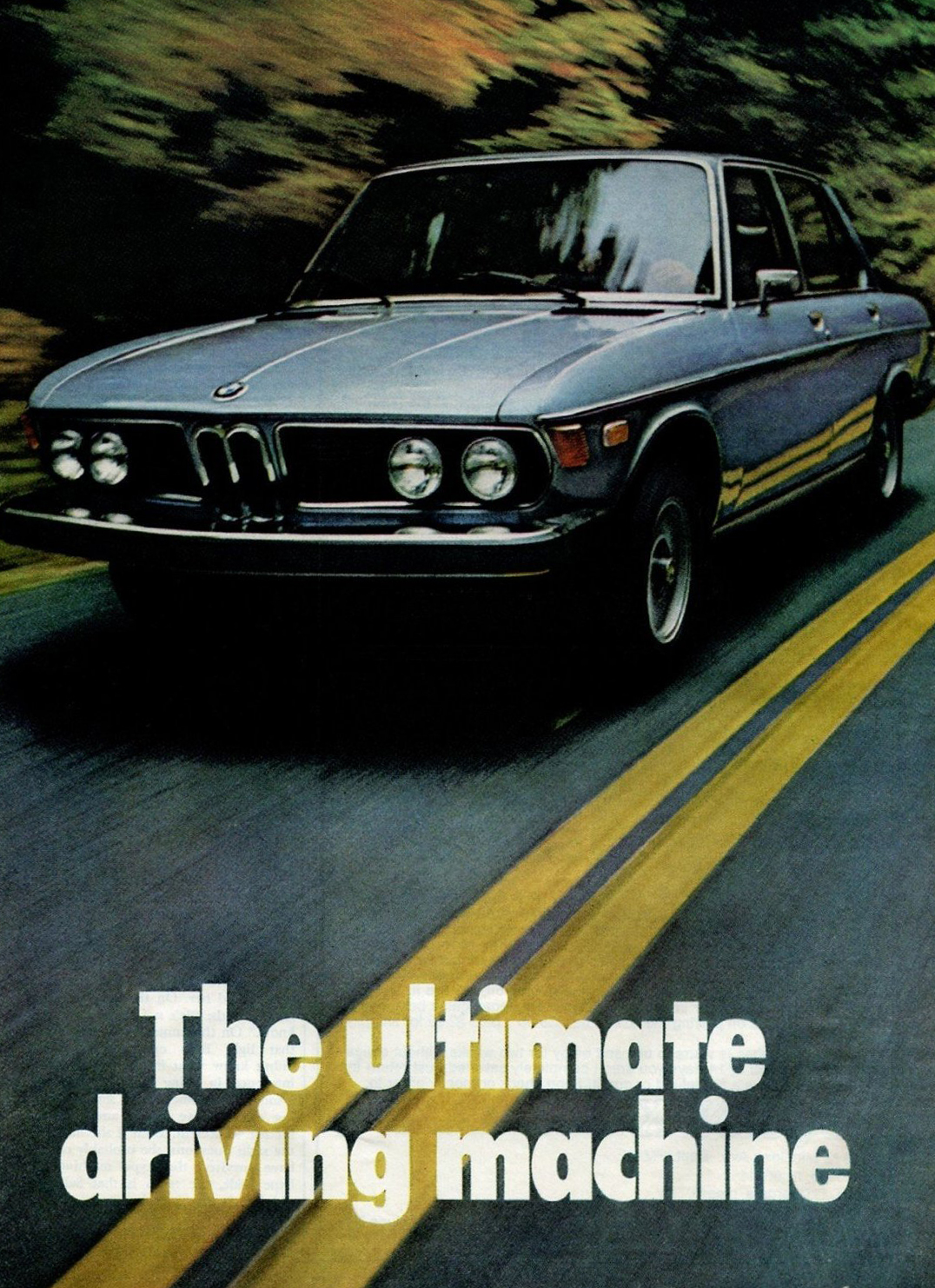