by elizabethfrey
in Digital, Social
0

Popular social network Twitter has already implemented several aggressive changes this year to keep up with the intensifying competition between social media sites. For 2013, experts predict an earning potential of $545.2 million – possibly even as high as $1 billion – and to fulfill that potential, Twitter isn’t taking any chances. Contributing to their strategy for 2013: the introduction of the Twitter Ads API, the hiring of former Google advertising research lead Jeffrey Graham, and the growth of its partnership with American Express.

One of the major components of Twitter’s strategy is the introduction of its new Ads API, which they announced Wednesday, February 20. Their Ads API will allow brands to run more campaigns more efficiently through the use of their automated platform. Marketers will be able to integrate their ads throughout their cross-channel strategies and manage dozens of campaigns simultaneously. For now, the Twitter advertising features are limited to their first five partners: Adobe, HootSuite, Salesforce, SHIFT, and TBG Digital, but interested companies can apply via their website.

Twitter was one of the last major social networking sites to run ads without an ad API, and the launch of the Twitter Ads API has major implications for Twitter’s success in the coming year, although experts have speculated that it could be a “double-edged sword”, balanced between user happiness and ad revenue.

There’s no doubt that in terms of advertising revenue, publishing the Ads API will allow Twitter to reap huge benefits. The ability to run ads on Twitter in the same way they do on Facebook will make it easier for advertisers to scale and target their campaigns. Ultimately, the switch will open the floodgates for new advertisers while bringing in more money from current marketers. 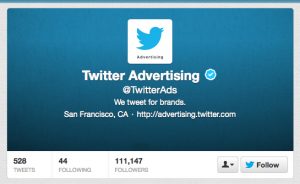 One of Twitter’s main competitors, Facebook, serves as the perfect example of how lucrative an ad API can be. When Facebook initially started testing its ad API with a few a companies back in 2009, they were able to raise profits by 145 percent with the additional ad revenue (that’s about $1.87 billion). In 2011, after the social media network officially release their ad API, ad revenue increased by as much as $3.15 billion.

Detractors of the ad API, on the other hand, suggest that the switch could disrupt the delicate balance between usability and advertisements. In the past, Twitter has maintained user happiness by carefully limiting the number of ads that appear in users’ streams. To address this issue, Twitter has emphasized that their “focus has been on delivering better ads for users, not more ads.” What this likely means is the incorporation of an EdgeRank-like algorithm similar to what Facebook users, enabling the site to organize tweets using engagement metrics.

Recent-hire Jeffrey Graham will no likely aid Twitter in gauging user happiness in the midst of the rollout of its ad API. An expert in business research, Graham will be researching user behavior, demonstrating ad capabilities to brands and agencies, and educating agencies on how to improve their effectiveness using Twitter data.

His hiring comes shortly after the poaching of another major Google employee: Matt Derella. The execution of a great strategy depends on a capable team, and with a resume that includes both Google and Starcom MediaVest, Graham is the perfect addition. 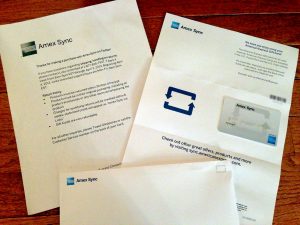 Yet Twitter isn’t just adding high-profile employees to its team: they’ve expanded their partnership with American Express and have completely changed the way people use the social media site. Even before rumors spread of the ad API launch, American Express and Twitter had a partnership that allowed card members to connect their credit card accounts to their Twitter. Last week, the two broke even more boundaries by announcing Amex Sync, a new feature that allows American Express card members to make purchases through the use of specific hashtags in their tweets.

These card members can now purchase items through Twitter using the specified product hashtags featured on the company’s Twitter account. When users opt to tweet a hashtag, they will get an automated response containing the confirmation code, which they must reply to within 15 minutes to confirm. American Express will then process their order and ship the product at no additional charge.

While the program is just getting started, this partnership could pave the way for a new future in social media. The ability to purchase an item simply by tweeting — that’s a game changer, and one that is sure to give Twitter another extra boost in the coming year.

2013 has only just begun, and Twitter has hit the ground running. Combined, the three developments above – the launch of its Ads API to keep Twitter on an even playing field with its competitors, new hires that will allow Twitter to execute their new strategy, and the continued partnership with American Express – just might form the ticket to that ten-figure threshold Twitter no doubt has its eye on.

Why the Auto Industry Is Looking Up